Yasin Malik, whose terrorist organisation JKLF, initiated the drive against minorities and other victims in late 80's. Truth & Reconciliation Part 1: Can all Kashmiri Muslims be blamed for Pandit exodus? The last three decades in the valley of Kashmir have witnessed unprecedented levels of terrorism and violence, resulting in the mass exodus of Pandit (Hindu) minorities in the early 1990’s and leaving tens of thousands of terrorists and civilians from the Kashmiri Muslim community dead.  Obviously, the conflict has extracted a bigger cost from the Muslim majority. We need to understand that in terms of murders, kidnappings, rapes, loot, and humiliation at the hands of terrorists, the Muslim Kashmiris who did not flee from the valley have suffered the most, because they had to endure terrorism  for three decades and still do. Muslims also paid the price for counterinsurgency operations, excess use of force in mob control, fake encounters, torture, harassment, and hum
Post a Comment
Read more

Sheeraza Akhtar, Kellar, Shopian District, Kashmir. 4 April 2009: RESHMA BEGUM (60) 31 May 2009: SAIFUDDIN KALLAR (48) 3 June 2009: NAGEENA AKHTAR (18) 17 July 2009: PARVEENA AKHTAR (17) 23 July 2009: MOHAMMAD ASLAM AWAN (?) & SON (3) 16 Dec 2009: SHEERAZA AKHTAR (21)* None of the above assassinations in Kellar by Jamaat-e-Islami and Hurriyat linked terrorists evoked any protest in 2009 or cry for justice. Their deaths were carried in a couple of local newspapers as a small news item, like "Fyi, unidentified gunmen kill a woman, police is investigating." That's all, folks! They never really explore it for obvious reasons. No editorial. No condemnation. No outrage. No cry for justice. None at all, except in * #SHEERAZA's case... When Sheeraza was killed by terrorists, NC's ex-CM Farooq Abdullah made an attempt to take political mileage of the killing, because the people of Kellar comprised of Jamaat-e-Islami cadre who were pro-PDP: h
Post a Comment
Read more

Family members of Nageena, who was killed inside her house by terrorists at Keller. Many in Kashmir would recall the names of the two unlucky women NEELOFAR and ASIYA who drowned in a flashflood in Rambi Ara river in Shopian district in 2009, an accident that was exploited by separatists, multiple political interests, human rights vultures, corrupt doctors who forged evidence, and other beneficiaries of the conflict industry, who hope for a bloody summer each year in Kashmir. But how many Kashmiris would remember NAGEENA and PARVEENA? It's a rhetorical question: outside of their near and dear ones, the answer is Zero. Here's about them, the Unmentioned Malalas of Kashmir... ........ GIRLS PAY WITH LIFE FOR GETTING EDUCATION Kumar Rakesh Tribune News Service Keller, July 20, 2009 Nageena (18) and Parveena Akhtar (17) were the most educated members of their families who hoped that would one day land jobs and pull them out of their impoverished existence. Both
Post a Comment
Read more

The Lambs of My Valley I keep getting asked – “this silent majority that you keep talking about, why is it silent? Why doesn’t it speak up? Why did they not protest every time a Kashmiri Muslim got killed be it civilian, policeman, or collateral, forget the Kashmiri Pandit? If there is a silent majority in the Valley which does not support this “Ideological Occupation” by extremists, this proxy war with India by Pakistani-military establishment, why then have they not ever spoken up? Why are they still silent? These are good questions with easy answers, in fact; the answer lies in the question itself – ‘extremism and occupation. Readers are now able to connect extremism with the 9/11 event and its aftermath. Yet, the occupation of our Valley by radical groups, funded by a failed state, wanting to preserve its divisive and destructive two-nation theory has not been just thirty years old but decades older since 1947. We now call this prolonged war by Pakistan as its ‘unfinished
Post a Comment
Read more
More posts 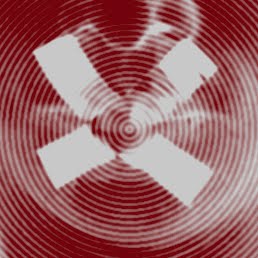